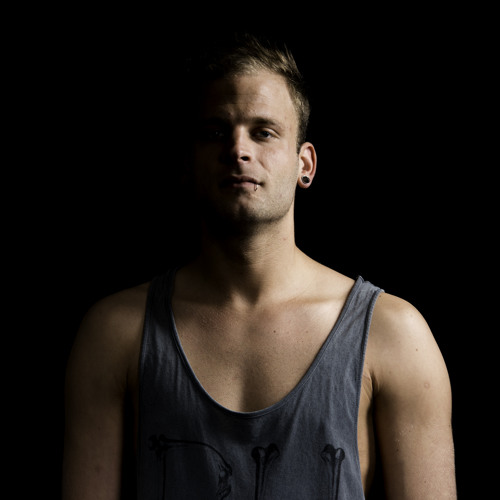 Daniel Guske aka Guzzle was born in 1989. He started making music in the early age of 7 years old and learned to play guitar and bass, ’cause his whole family are musicians which have decided to launch a band. This band, was called “Nightwings”. As he was 14 years old Daniel changed his favourite music to harder electronic music.

He listened to Hardstyle and Hardcore every day and after some years he wanted to make own music like that, but he didn’t now anything about producer programs like FL Studio or Ableton. Anytime he found the program Virtual DJ and first he learned to mix tracks by himself. At the age of 15 he met Mike Maaß, and their friendship grew fastly. They loved the same kind of music, so they stick together everyday and Mike shows Daniel the producer software FL Studio. Daniel’s passion to create own stuff grew and grew.

So they started to produce some sounds together. After a while, they gone their own ways and met again in the year 2010. At this moment Mike Maaß has changed his music to real Techno. He learned new things about FL Studio, ’cause Mike already produced his own tracks. Daniel decided to start his carreer with Minimal Techno. Since then Daniel produce his own tracks, too and wanted to show his tunes in the clubs. Daniel had his first gig at germany’s top 3 club Butan in Wuppertal, where has been a newcomer contest. He won the competition and met “Germany’s Techno Machine” Frank Sonic. He saw his talent and took him to clubs & festivals like Butan (Wuppertal), Rheingold (Düsseldorf) or Feier Rhein. Meanwhile he plays in clubs like the legendary U60311, the Villa Rouge in France and Studio (Essen) .He release on labels like Robin Hirte’s “Klingon Grooves”, Lorenzo D’ianni’s “Clairvoyance Noire”, John Pornos “X! Orbital” and Frank Sonics “Techno League”